IN THE MEDIA: A Look Inside the Design Office of the Future

Home > News > IN THE MEDIA: A Look Inside the Design Office of the Future 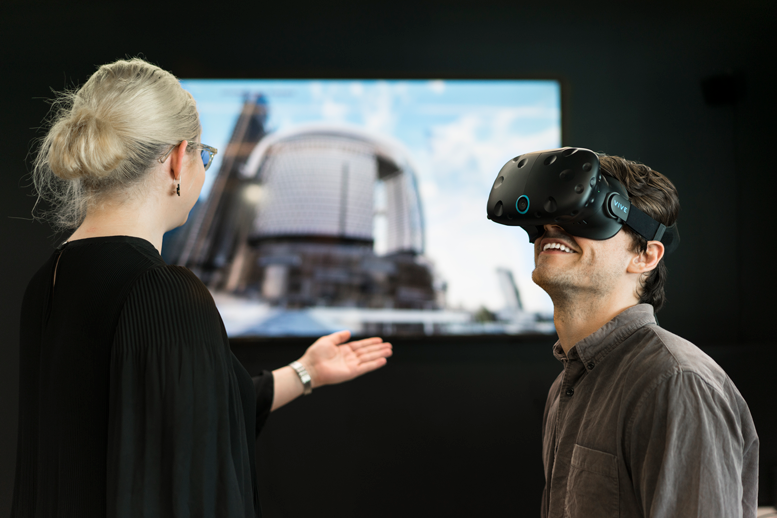 IN THE MEDIA: A Look Inside the Design Office of the Future

One of the fastest growing areas of technology – especially in the development industry – is the use of virtual reality (VR) and augmented reality (AR), and its uses are beginning to span further than just sales and marketing and into complex design phases where processes are being shortened and design issues are being resolved faster.

As these rapidly advancing technologies become more accessible and purpose-built for the development industry, they have become a powerful tool for both designers and developers – with designers now being able to take developers inside their project designs in a completely immersive virtual environment.

The immersive nature of VR takes projects beyond 3D visualisations, and gives developers a way to engage with the reality of the design in a tangible way, while allowing them to suggest design changes in real-time.

This physical interaction with the designs works alongside the more complex features of the technology (like being able to control the ambient sounds and adding specific time-based lighting) to add further layers of reality to the virtual experience – providing unparalleled insight into a project during pre-construction phases.

Embracing the use of virtual reality technology as a design tool in the architecture industry, Cottee Parker Architects have been working to refine their design processes over the last 3 years – resulting in completely immersive virtual environments, including on large-scale and notable projects like Queen’s Wharf in Brisbane.

“We produced 20 virtual reality 360-degree images for Queen’s Wharf in Brisbane to understand the different spaces and to assess whether it fit in with the heritage aspects of the project,” Derek Entesano, head of the presentation unit at Cottee Parker Architects said.

“During the recent Brisbane Open House event, it was fun watching the responses from people when they’re able to stand up on the Sky Deck of Queen’s Wharf, on top of the glass walkway and get a sense of really being in the project.

“We had people holding onto railings thinking they were going to fall off because it is just such an immersive environment.”

Alongside the general public, the technology has also proven useful for other project stakeholders – including offshore investors – who can use a pair of portable virtual reality goggles to get a sense of the project and to understand exactly what is being created by being immersed in a virtual model.

As this technology progresses, there are a number of benefits that the development industry can capitalise on – right from initial design processes through to stakeholder engagement and interaction.

As VR technology continues to progress, it is going to become more common for all project stakeholders – designers, developers, engineers and contractors – to start working together inside a virtual design to overcome any design issues or to re-design specific aspects of a project.

“As the technology becomes more advanced, designers will be able to program functionality into their VR model to allow them to create and configure spaces – from offices to kitchen layouts – within the model, all in real-time and all in the virtual environment,” Entesano said.

“It is no longer a solo experience inside a VR model, instead all project stakeholders can interact, collaborate and make design/construction decisions together in real-time – and they can see what the changes look like as they’re being made.” 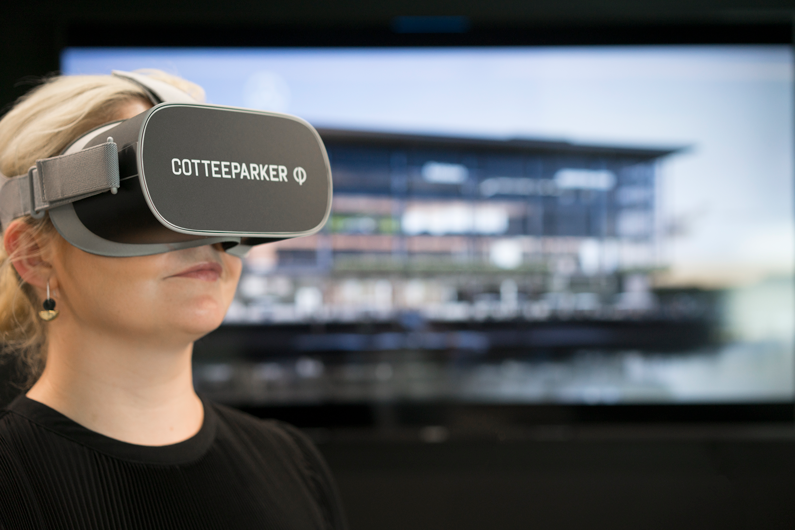 Virtual reality and augmented reality have been used in the development industry for sales and marketing for many years with success, however it’s the other more complex uses that are going to become an everyday part of the next generation of projects.

“So, as they walk around a project they can actually check to ensure everything is in the right place compared to the 3D building model.”

“This technology is currently being used on-site at Cottee Parker’s Mercedes AutoHaus in Brisbane where builders walk around the site with augmented reality glasses on and they’ll see virtually where all of the services are going and are able to spot any potential issues or clashes ahead of time.

“It’s been an invaluable way to save money and to keep the project on schedule.”

Even over the last 12 months the technology in the industry has rapidly improved, and it’s this extremely fast-paced growth that means design offices need to keep pace with the technology industry in order to capitalise on the best features VR has to offer.

“At Cottee Parker, we have set up a dedicated VR room that allows our clients to physically walk through their projects.

“We’ve powered this with cutting-edge technology and powerful work stations that we’re created primarily for the gaming industry,” Entesano said.

“We are continually researching what’s coming out, as the technology is changing every three to six months. It’s a very interesting ride at the moment because there is so much progress with the software and hardware.

“For instance, previously it might have taken us a week to get a complex 3D model into the VR environment, but in the future that might just be half a day’s work. 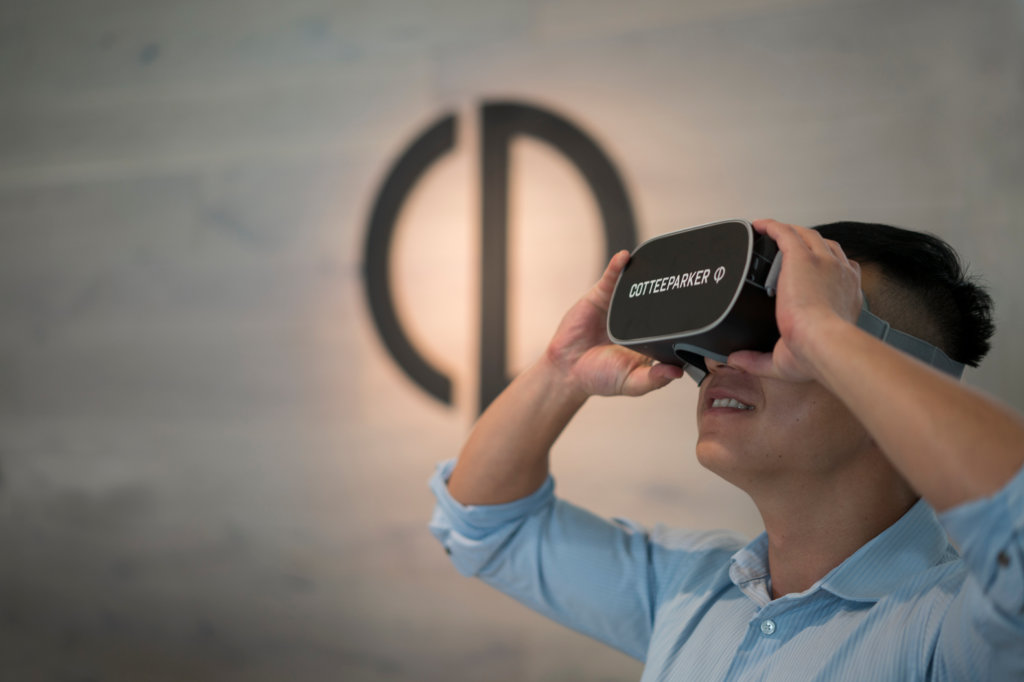 “While it’s exciting it can be easy to fall behind if you don’t stay engaged with the advances. That’s why we go to technology conferences and use ideas that might have originally been for the gaming industry and see how we can implement them in our industry.”

As with any technology, virtual and augmented reality has come into the industry with a palpable sense of scepticism, however according to Derek Entesano, the industry needs to embrace the power this technology brings to new projects.

“The technology is only going to continue to develop and we’re going to be able to start using it for more complex project outcomes. There is no doubt that it’s here to stay and on track to become one of the main tools we as designers use.”

“It really does immerse you into a space and give you an uncanny sense of realism.